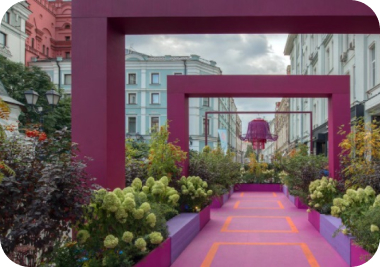 TCLG took part in the organization of intra-city logistics for Flower Jam.
Flower Jam Festival was held in Moscow for the first time in 2017. If then it was only a week, now the competition has gained new dimensions and will last until mid-September!

But the main events (nomination of the winners of the festival) will be held from 23 August to 8 September 2019, finishing just in time for Moscow city Day.

The program of the festival FLOWER JAM 2019:

August 23 to September 8, 2019 – free tours of the gardens, workshops, theatrical performances, shows and more.
Some days during the festival will be devoted to specific topics, such as:
August 24 and 25-dedicated to puppet theaters;
August 30-jazz day;
September 6-7 – days of England and Germany,
September 8-9 – dedicated for musicals.